You are here: Home / Gregorian Modes on the Irish Harp 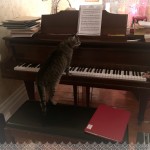 Jasmine wonders where to start…

I was a bit curious what other modern keys are appropriate to stand in for the other modes. I came across a PDF of the 1949 textbook Gregorian Chant Accompaniment by Eugene Lapierre, Université de Montréal, published by the Gregorian Institute of America, on the Corpus Christi Watershed website. This text is rather dense, compact reading and covers a lot of material about Gregorian modes in a few short but intense chapters. The takeaway is that one really shouldn’t be thinking in terms of “keys” as such… in the Medieval period of Gregorian chant there were no such things. Chromatic music, modern harmony and the piano keyboard with its black and white keys hadn’t been invented yet. They did have Bb and B natural, and the modes derived their uniqueness from whether they interacted with that note or not, and what their tonic and dominant (reciting) notes were.

But setting a modal chant into a new key that we know today is not terribly difficult. I started by transcribing everything from Gregorian notation to modern, but keeping everything in the key of F Major (it has a Bb). From there I choose my new key of D Major. This of course, has C sharp and F sharp, notes which didn’t exist in the Middle Ages.

The first note of a given chant in mode 5 starts on F. Therefore, the transposed version will start on D. Every note after that is relative: if it was G on the original, it will be E on your transposed copy, A’s become F#’s and so on. Move every note you encounter down a minor third.

Then figure out which octave on your harp it’s best suited for. That will depend on your instrument and it’s voice. The D below your middle C? or the one above it? Every harp is different. What sounds good on one perhaps won’t sound so good on another. Even that new key you worked hard to transpose your favorite chant to, may not be a good fit for your instrument and you may end up going back to the original mode of the chant (probably F major, if it has Bb’s prominent all throughout but not necessarily).

Even if they didn’t have the Circle of Fifths then, you can still move your chant project around to a playing range that works for your instrument. Chant was meant to be flexible! 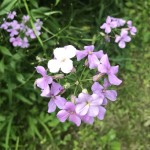