Sometime around 2014/2015 shortly after Vox Celeste was released I was searching YouTube videos for examples of sung Gregorian chant that were decidedely not Vatican-produced (not that there’s anything wrong with the Holy See’s perspective on sacred music… their own Fr. Marco Frisina is one of my favorite contemporary liturgical composers), but I wanted a different take on how chant might be presented.

Specifically, I was trying to find a very unique and very rhythmic style of chant that I had encountered on the web some years earlier, a Brazilian conception of Gregorian chant that was mesmerizing in its solid, complex rhythmic interplay that clearly borrowed from the indigenous culture while preserving the European a cappella modal singing tradition in Latin. The recording quality was poor but I got the general idea of what was going on.

I didn’t find it again but I did discover something else – the French Canadian interpretation of Chant. A series of recordings by Benedictine monks near Montreal, starting in 1936 and going through 1948; their audio quality was somewhat better (considering the fidelity of the era), largely due to being digitally remastered and released by Sony-Universal in 2011.

These recordings lived up to their album name – Rythmique Grégorienne – French for Rhythmic Gregorian chant. They had (have) a very hypnotic quality, an underlying pulse that weaves in and out through the melody, like roses growing on a regularly spaced lattice. It’s a quality I’ve not come across in other Chant recordings, with the exception of the Brazilian ones.

I was happy to discover a book by the same title existed, written in 1948 and entirely in (of course, au Français), by the-then monastery’s choral director, Dom Georges Mercure O.S.B. (1905-1993), who had studied in Europe under Nadia Boulanger, among other teachers. I immediately ordered a copy online from a Montreal bookseller and proceeded to work on my French while I waited for it to arrive. My Spanish and Latin is way better than my French, but I muddled through the text somehow and certainly the printed musical examples were self-explanatory.

Next came getting the 4-CD set, which I discovered was out of print. I was able to get one on back order after some hunting around, and after a delay of a few months, that arrived also. The box set contained a nice historical booklet (more French!), lots of period photos, samples of sheet music in neumic notation and one of the CDs was an instructional record, where Dom Mercure progressively teaches his choir the finer points of singing in this style.

My interest in all of this was: how to take this vocal musical material and translate it as an instrumental work for the Irish wire strung harp?

I found after much listening, study, research and harp playing that it could be done. The beautifully chanted, rhythmically sung melodies of Rythmique Grégorienne sounded beautiful on my Triplett Luna harp.

I decided my next CD would feature several of the best, evocative chants on that album, plus a much-loved Mass that is not on it but played in that style, the Missa de Angelis. And my offering would pay homage to the tutor with a slight rewording of the album/book name – Harpe Grégorienne. 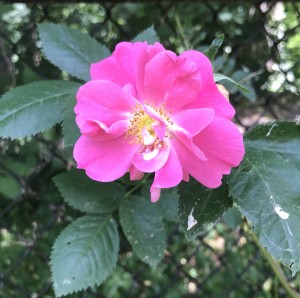