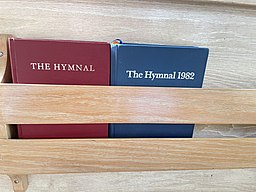 Currently I’m working on arranging selected hymns from the Episcopal Hymnals of 1916, 1940 and 1982 for my large Triplett Luna harp, for Sunday morning service use.

Some hymns are in keys which are not friendly to my aging harp, which has been in the key of F (one flat) for as long as I can remember. This harp does not take kindly to having its E and A strings detuned so that one can play something in the keys of Bb, Eb, etc. It usually will “retune” itself in a few minutes, i.e., pulling its strings back up to where they were, which is why I leave it in F and use the sharping blades to put it in keys like G, D, etc.

I’ve been using MuseScore 3 to typeset and transpose selected hymns and at present I have a large collection of them in a three-ring binder.

I’ve also been working on Morning, Compline and Evensong hymns. I’ve found all of these make very beautiful prelude and postlude pieces for introducing and closing services at St. Thomas. 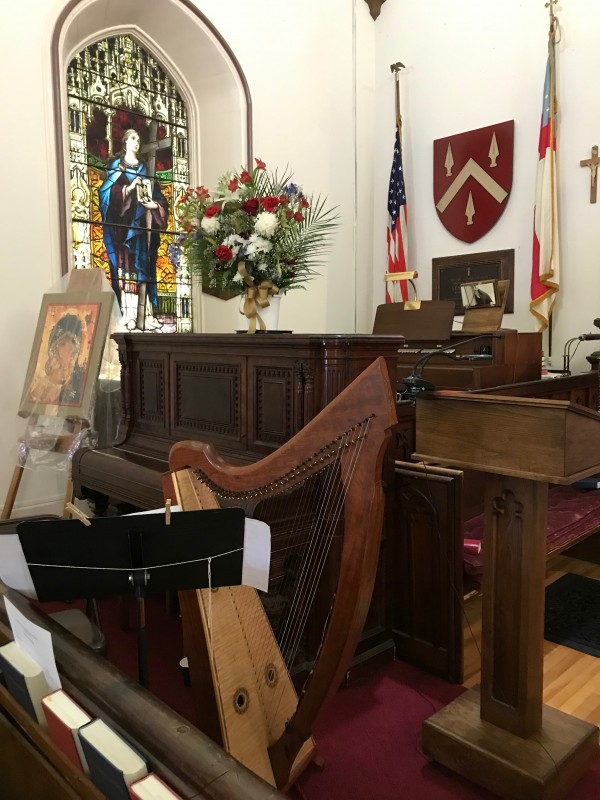